While I was away, Diana Harper and those in her network have found valuable ways to bring the film to even more people.

WHEREVER YOU CAN, SUCH AS AMAZON AND KANOPY, WRITE A REVIEW IF YOU FEEL MOVED TO DO SO.  THESE REALLY HELP PEOPLE DECIDE IF THEY WANT TO SEE IT. 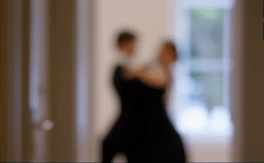 Sensitive and In Love:

Will and Diana are wrapping up the filming, and are extremely happy with the footage they have collected. We all feel that Sensitive and in Love will benefit so many people, not only HSPs but non-HSPs, too (some of whom are contributors because they know non-HSPs especially need this film).  Abundant research has found that a satisfying relationship with another human being is most important for overall happiness and even more important for longevity than factors like smoking and obesity.  And understanding a partner’s temperament is key.

As for fundraising, when the amount asked for was not reached by the Kickstarter deadline, we switched to simply taking donations here on our website, using “rewards” that are valuable yet cost us very little to supply or mail.  (The rewards were a considerable expense with Kickstarter.)  All who donate become members of SAILS—the Sensitive and in Love Society.  The benefits?  For even a donation of just $10, you receive monthly video updates that include bits about research or practical info about HSPs in relationships, plus free access to the 24-hour livestream of the film (ONLY 24 hours) that we plan upon its completion.  With larger donations, more rewards.

Having access to the live streamed film even for just 24 hours will be a big deal, as the release may be delayed for perhaps 18 months because Will and Diana will probably take this film to film festivals, where distributors come and pick films for their networks and theater chains.  We released Sensitive quickly, without taking it to the festivals, because there was such demand for it.  But when the public already has access to a film, it is more difficult to distribute to commercial networks.

However, for just $25.00 you will own a digital copy of the film (not the DVD) upon its completion and be able to watch it anytime (but you must promise not to pass it on).

The fact is, if everyone reading this newsletter donates $10 (if you have not already), that would help a great deal, and more would help even more.  We all are impacted by couples having better relationships:  Families and children are happier, which makes happier workplaces, schools, neighborhoods, and countries. As HSPs, we’ve all been affected by overhearing family fights that became abusive and scary.  They affect young children especially, sometimes for a lifetime.  As a therapist, I know that prevention is better than therapy for a trauma.

I once heard a couples’ yelling match outside my front door.  The young parents were screaming at each other while holding their hysterical one-year-old.  I took the sobbing baby and walked off, knowing the trauma this could create.  The parents hardly noticed. When I did deliver the baby back, I gave them a firm lecture about not fighting in front of a child.  But what if they were fighting about something affected by one of them being sensitive?

About 42% of the odds of divorcing are related to one’s inherited personality!  Most of that is probably due to partners not understanding what can and cannot be changed in each other. You can do something quite real to reduce the divorce and the screaming in your world!

You can read more and donate here, and remember, donations are tax deductible in the U.S.

This documentary provides the science and advice woven into the film Sensitive and in Love. Learn more and purchase Sensitive Lovers here.